How We Went from Bankrupt to Bank

Everyone has a story to tell. In these pictures we just got done telling ours on stage at an event in New Orleans. 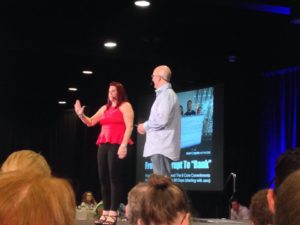 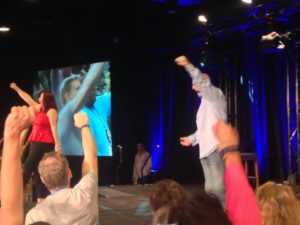 We’ve been in the network marketing industry for many years and have had times where we made a lot of money. Unfortunately, the income was not sustainable, nor were the companies, so we ended up living on a roller coaster.

Some months would be great and then others we’d make little or nothing. It’s a great way to have stress but not success.

Following one “leader” led us to lose everything and we found ourselves in a small townhouse having to file bankruptcy in December of 2011. We were completely busted, but we were unknowingly setting ourselves up for a huge comeback. More on that in a bit…

We had two of our children living with us and it was horrible and humiliating to go through this in front of them. Failing is one thing – but failing in front of your kids is excruciating.

We had the intimidating guys banging on our door to repo our car day after day. Until one day – after going to the store, we returned to the parking lot to find it gone.

This led to over six months of renting a $9.99 enterprise special each weekend to do shopping and errands. During the week, we had to live without a vehicle. That was really hard with kids.

The charade of having to go to the car rental place each weekend and then returning it… Having a different economy car every weekend. Certainly not the life we wanted for our kids.

When you claim bankruptcy, you are allowed to have only $100 to your name. We were working with a struggling network marketing company at the time where we had a very small income coming in. It was really bleak.

We struggled for a few months after bankruptcy and then found a group of entrepreneurs who were actually having consistent extraordinary results.

It was tough to think about one more company…. we were so burned out. Almost beyond hope. But we thought “What if… what if this is the one thing that will finally work for the long term?” That was enough to get us started.

We immediately started having results with $4,000 in our first month and in our 4th month we had our first $20,000 month.

We had really been wanting to move east from where we were living in Phoenix, Arizona and we were able to move in mid-October. We really wanted a “neighborhood feel” which we found outside of Atlanta. That Halloween night when we took our son trick or treating in this great new neighborhood and we were feeling so grateful, we checked our back office for our income and we hit $100,000 that night. That was 7 months in. We were ecstatic!

We spent 15 months in that neighborhood and then decided we wanted to go somewhere a little warmer in the winter. The freedom to pick up and do that is not lost on us. This is what the money is for – the freedom.

We found an amazing neighborhood in Sarasota, Florida and got busy with moving into a great house.  We even added a rescue puppy to our family that year. 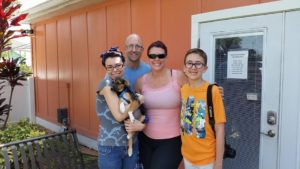 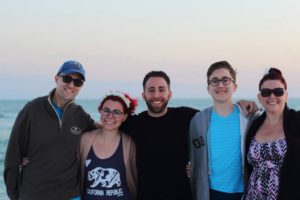 We finally felt prosperous in every way and the peace we feel is priceless. We heard someone say once that money pays for the experiences that money can’t buy. We really get that now.

Our son does virtual school from home and is home with us while we do some work here and there and just live our lives. He’s taken up drumming and is starting lessons soon. Something we would’ve had to deny him such a short time ago.

Our older kids are successful in their own rights and have been able to pursue their passions.

Recently, we moved back to Scottsdale, Arizona.  We’d missed a lot of our friends and the Spiritual Center we were very involved in.  From a health perspective, Melissa’s had some challenges that her doctor’s recommended a drier climate for.  It was all pointing us back to the desert.  We’re so fortunate to be able to have lived in many different places.

We’ve made millions in different companies over the years, but we’re now working with a company where people can make as much or more with the education in our products as they do from the affiliate offer.  ECommerce and Digital Marketing is huge in today’s world.  It can also be overwhelming to learn.  Our company has created phenomenal education to walk someone through from A to Z.

Our mission now is to pay forward our blessings to as many people as we can. To let them know how we did it and to guide them in creating the income they deserve to design their lives.

If you’d like to know more about what we’ve done to transform our lives, get started with us today at http://EComMillions.com If it’s for you, great – if not, that’s ok, too. Either way – we want you to remember just what’s possible in life and we wish you the very best!