You complete me – is that your job?

I read this excerpt in an article from Martha Beck in Oprah magazine:

Who will complete me?

This is closely related the the question Why aren’t you completing me?, which, in its various iterations, has destroyed more relationships than restless legs syndrome and herpes combined.  Memorable movie dialogue notwithstanding, wholeness is possible for every individual, and only whole individuals create truly healthy relationships.  If you’re searching for the One to complete you or raging at the One who isn’t doing so, you’re looking at the wrong One.  Try the nearest reflective surface instead.

I’ve talked about this subject for years.  In fact, I corrected someone who introduced me as my husband’s “better half” when taking the stage saying, “I’m not half of anyone.”  Kind of an interesting way to take the stage and of course I didn’t plan it – but it’s a major pet peeve (and it did get a good laugh).

But truly, I learned this by examining my first failed marriage and doing a massive amount of personal development to work on my most important relationship – the one with myself.  Until you feel good about that, no other relationship will work, much less fill up the hole that is left by not having self-acceptance and love.

A love relationship is a beautiful thing and can enhance your life immeasurably.  When you find someone to truly partner with, someone who challenges and champions you, it’s amazing.  But it can’t last if you’re expecting that person to fill you up or complete you.  It’s not their job – nor is it yours to do so for anyone else.

I wrote a blog about Neale Donald Walsch and created a graphic showing one of my favorite quotes from him that illustrates this: 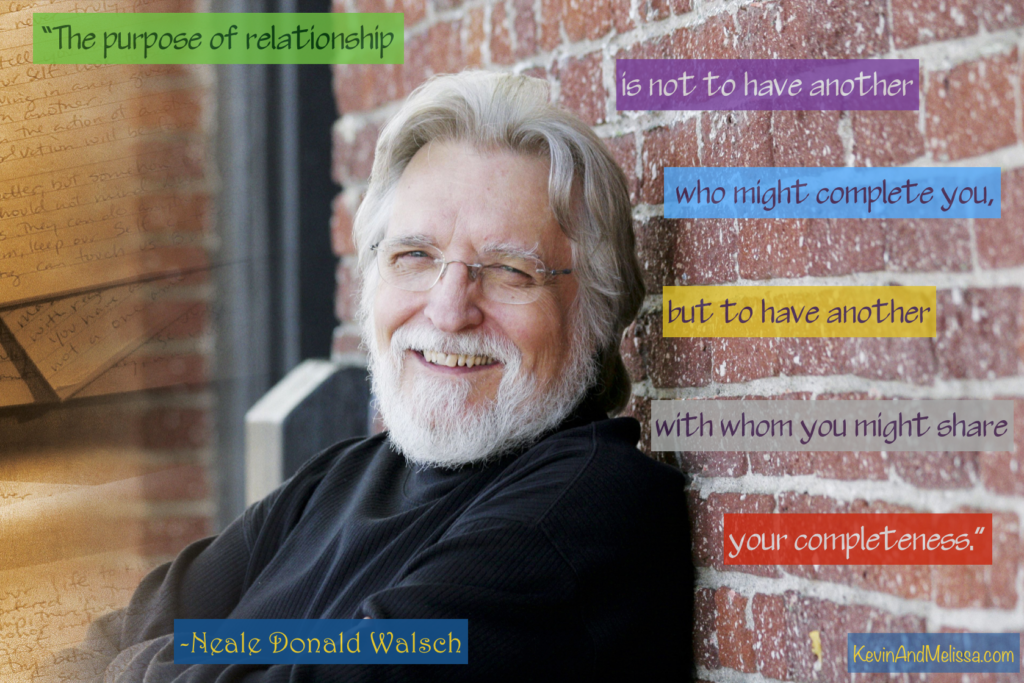 Of course, the most famous instance of this impossible notion was in the movie, Jerry Maguire when Tom Hanks proclaims “You complete me.” to Renee Zellweger.

Movies often set up false expectations when it comes to relationships.  Even if it is only to plant these ideas in the subconscious. Either way, it can actually do a disservice to those that are not emotionally grounded.

In a blog from Relevant Magazine, the author Gary Thomas writes:

This notion that we need another person to complete us is, in fact, one of the more misguided and perhaps even devastating myths alive today. The origins of this “soulmate” line of thinking aren’t found in Scripture, but rather in the writings of Plato, who surmised that there was once a “super race” of androgynous humans that made an attempt to overthrow the gods. This super race consisted of “round” people, comprising both male and female in one person, and in that state they were getting too powerful. So Zeus said, “I shall now cut each of them in two … and they will be both weaker and more useful to us through the increase in their numbers.”

This forceful separation supposedly left both halves desperate to be reunited. When the two halves did finally find each other, all they could do was cling to each other, which led to their deaths “because they were unwilling to do anything apart from one another.”

Zeus thus saved the day—deprived and desperate humans were no longer so powerful and no longer such a threat to the gods.

Notice that in Plato’s view, romantic love makes us weaker, not stronger. In fact, Plato’s version of the “soulmate” is a tale in which it is not advisable to spend most of our lives desperately seeking our missing piece. Many people do, in fact, live this way—on a constant hunt to find their other human “half,” and then desperately attempting to keep that half.

So I guess we can’t blame only Jerry Maguire for this idea. Nonetheless, whenever anyone states the need for someone else to fill them up or complete them, it’s a clear message that there is much work to be done.  Not on a relationship, but on the person themselves first. Then and only then will they be ready and able to achieve a happy and balanced relationship with someone else. 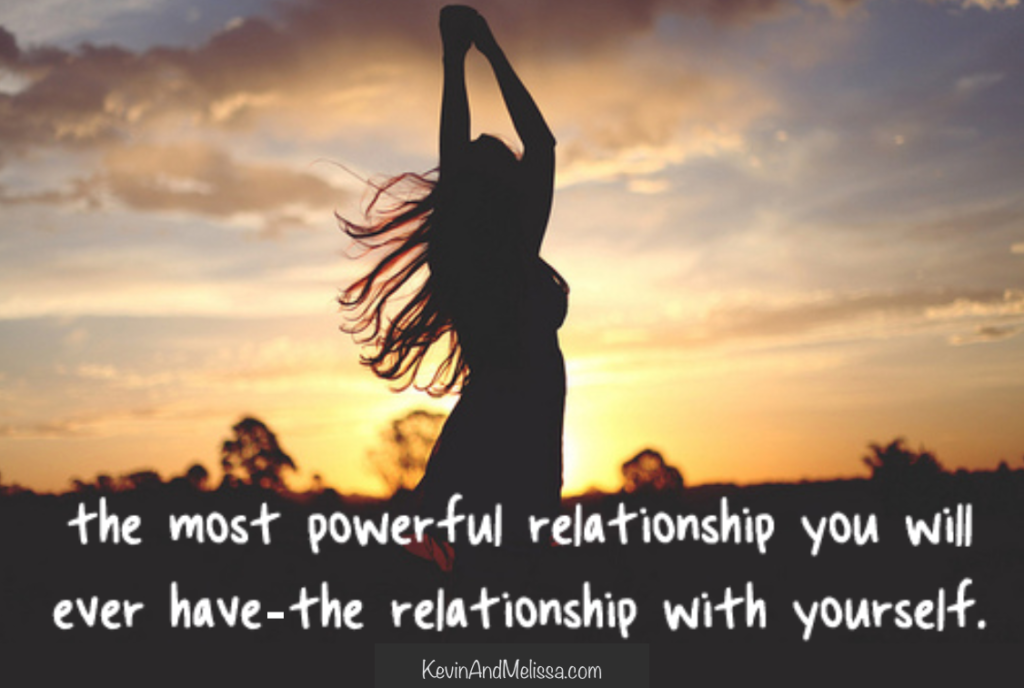